This year on RBGs 40th anniversary, as we dawn on a new beginning- preparing to move offices to Jubilee Place we are taking the time to reflect and give thanks to all of those who have been part of the journey.

1982 – a young father of two, Robert Bird, embarks on an Engineering path that will help shape the face of Brisbane and lead to global success.

From humble beginnings ’Robert Bird & Partners’ was born from an engineering passion and a need to provide for a young family. The first office was located in Black Street Milton, a modest mid-1960s building across the road from the iconic XXXX Castlemaine Brewery.

Andrew Lindner was the first employee on board, still working for RBG to this day and an integral part of its ongoing success. By 1986, in just four short years, the number of employees had grown to 10 and would continue to expand with each project won.

The XXXX Castlemaine Brewery, along with F.A Pidgeon & Son were RBGs first official clients. By the 1990s a significant portion of Brisbane had been built or developed by F.A Pidgeon & Son, of which RBG had been engaged to leave its mark on the skylines of Brisbane and the Gold Coast. It included developments that are still distinguishable today: Waterfront Place, Eagle Street Pier, Cathedral Square, Dockside Apartments and Oasis Shopping Centre at Broadbeach.

Brisbane has remained RBG HQ throughout its 40-year history, even as offices opened across Australia, and across the world – London, Dubai, Hong Kong, Wellington, New York, and most recently Birmigham.  Across the years, numerous employees have travelled the world with RBG, but often have returned to Brisbane where our business roots and RBG family were first established.

RBG founder Robert Bird Sr maintains an active role in the business as a strategic advisor, and is well known for his rousing speeches that continue to inspire staff in “the relentless pursuit of engineering excellence”.

The heart of the business, Brisbane HQ is proud to share its history with you all. 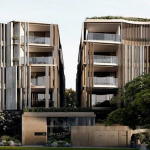