RBG first made its mark on Australia’s most iconic harbour city with the restoration of Woolloomooloo Wharf in 1996 which has been a landmark in Sydney Harbour since its construction in 1910. This project was pivotal to the success of RBG in the central region as it resulted in the establishment of a Sydney office and a run of several wharf project wins, including King Street Wharf, Walsh Bay 6/7, Jones Bay, Sydney Aquarium and Sydney Wharf Pyrmont. Since then, RBG has been involved in the development of some of the city’s largest and most recognisable projects – from the Sydney International Airport Expansion, Sydney Metro Stations to One Central Park and  Crown Sydney which now dominates the city’s skyline 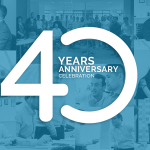 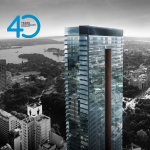 Save the Planet, One Redevelopment at a Time40 Year Anniversary News Post