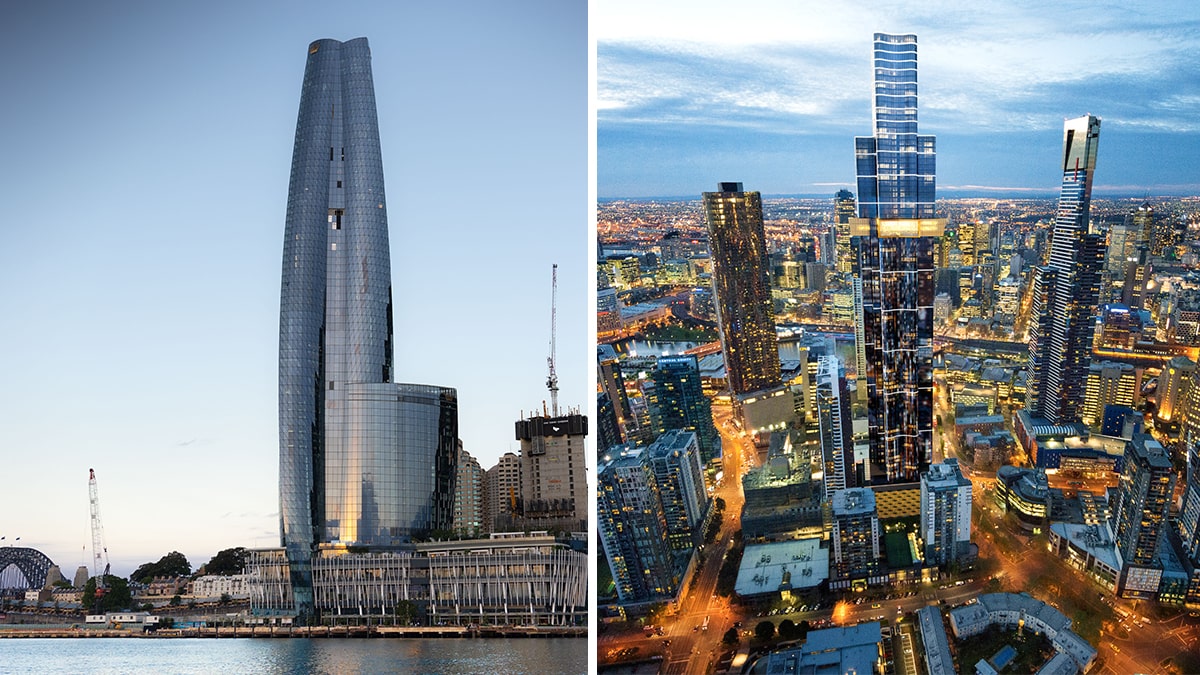 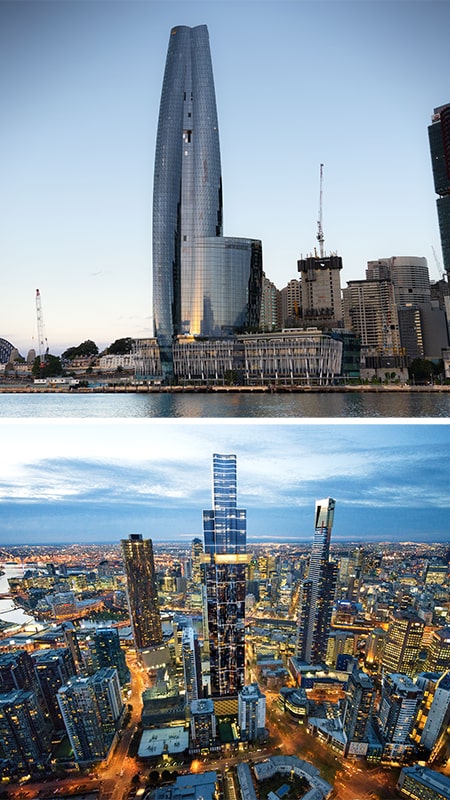 Two Robert Bird Group projects named in the global top-ten – including the number one ranking – at the prestigious International Skyscraper Awards hosted by Emporis.

Robert Bird Group (RBG) is thrilled to report that two of its iconic projects have been nominated in the global top-ten best new skyscrapers in the world, in the 2021 Emporis International Skyscraper Awards.

One Barangaroo in Sydney, Australia has been named at number one in the top-ten list of best new skyscrapers completed across the globe in the past year, winning the overall annual award.  At 890 feet (272 metres) and 71 storeys in height, One Barangaroo is the tallest building in Sydney and fourth tallest in Australia, offering expansive views of Sydney Harbor and the Opera House.  One Barangaroo was developed by Crown Resorts and built by Lendlease, with architecture by Wilkinson Eyre.

“RBG’s incredible team – along with our concept design partners John A Martin & Associates based in Nevada – are proud to have provided the innovative structural engineering design from concept through to delivery on this project, including critical construction engineering services during construction.  We are absolutely thrilled for the project to be receiving this award and recognition.  The architectural design from Wilkinson Eyre is truly breath taking, and to have been the structural engineer on this project has been challenging, but incredibly rewarding and exciting – to now have this recognition for the project is such a great outcome.

“The iconic twisting form through the height of the building created significant engineering and construction challenges.  When you then consider the building also has a deep basement and foundations right next to Sydney Harbour, and that the project was completed through the Covid-19 pandemic, I cannot help but be immensely proud of the completed project.  Our team is pretty humbled and appreciative that we were afforded this very special opportunity to contribute so significantly to such an amazing building.

“It is the first time in 20-year-plus history of these awards, that the top spot has gone to an Australian building, with structural engineering by a consultancy formed almost forty years ago in Australia.  Furthermore, having a second RBG project in Australia in this year’s global top-ten list is better still, and further testament to our progression into a world-class engineering consultancy for tall and super-tall buildings, and urban design.’

RBG also delivered from concept through to completion the structural, civil and construction engineering for the Australia 108 super-tall tower in Melbourne.  Australia 108 was developed by World Class Land, constructed by Multiplex, with architecture by Fender Katsalidis Architects, and was recognized at number 7 in the Emporis global top-ten list for 2021.

“Australia 108 is 320 metres (1049 feet) tall, making it the tallest residential building in the southern hemisphere – that in itself makes it a significant engineering challenge.  Throw in the  iconic starburst feature envisioned by Fender Katsalidis Architects – renowned for their global skyscraper designs – and we have another project that RBG is equally proud of, and excited to have been recognized.  We also really enjoyed working with Multiplex on the construction of the tower, including development of a digital construction rehearsal of the starburst,” Grant said.

The Emporis Skyscraper Awards are one the world’s most renowned accolades for high-rise buildings, and have been awarded internationally every year since 2000. The primary criteria in awarding the prize is excellence in aesthetic and functional design. Every year, a jury of experts select the winners.  Buildings must have a minimum height of 100 metres (304 feet) and need to have been completed during the previous calendar year. 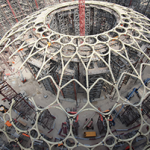 Engineering the Heart of Expo2020News