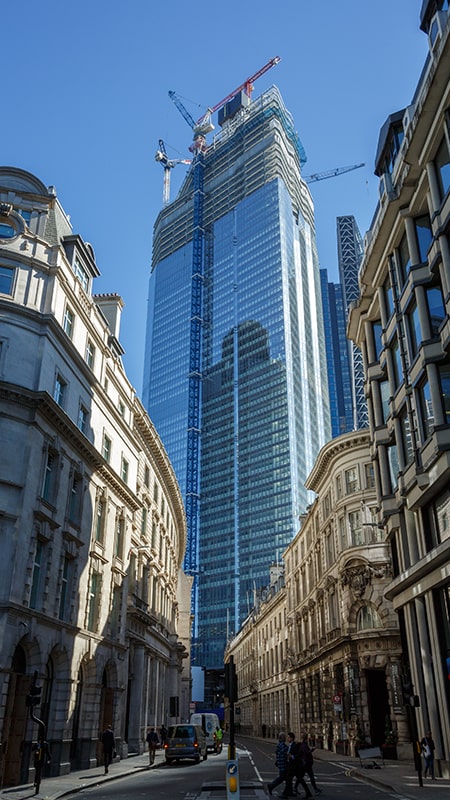 Built on the site of the partially-complete Pinnacle building, 22 Bishopsgate is a 62-storey tower with a 7 storey basement, over a completely new footprint, new cores and re-modelled basement.

The project replaces an earlier scheme for a 288m tower named The Pinnacle, on which construction was started in 2008 but suspended in 2012 with only the foundations, basement and concrete core constructed up to level seven. The new scheme re-uses many of the structural foundations and much of the basement from the original scheme.

RBG were initially engaged to advise on the safe removal of Pinnacle climbing cranes from within the existing core, prior to core demolition.

RBG also completed a peer review of the permanent works design, and were engaged to complete a study of axial shortening effects which necessitated subsequent control measures and floor pe-setting throughout the construction sequence.

The innovative core climbing system proposed and designed by RBG facilitated safer and faster construction of the tower core, most notably in high-wind winter conditions.