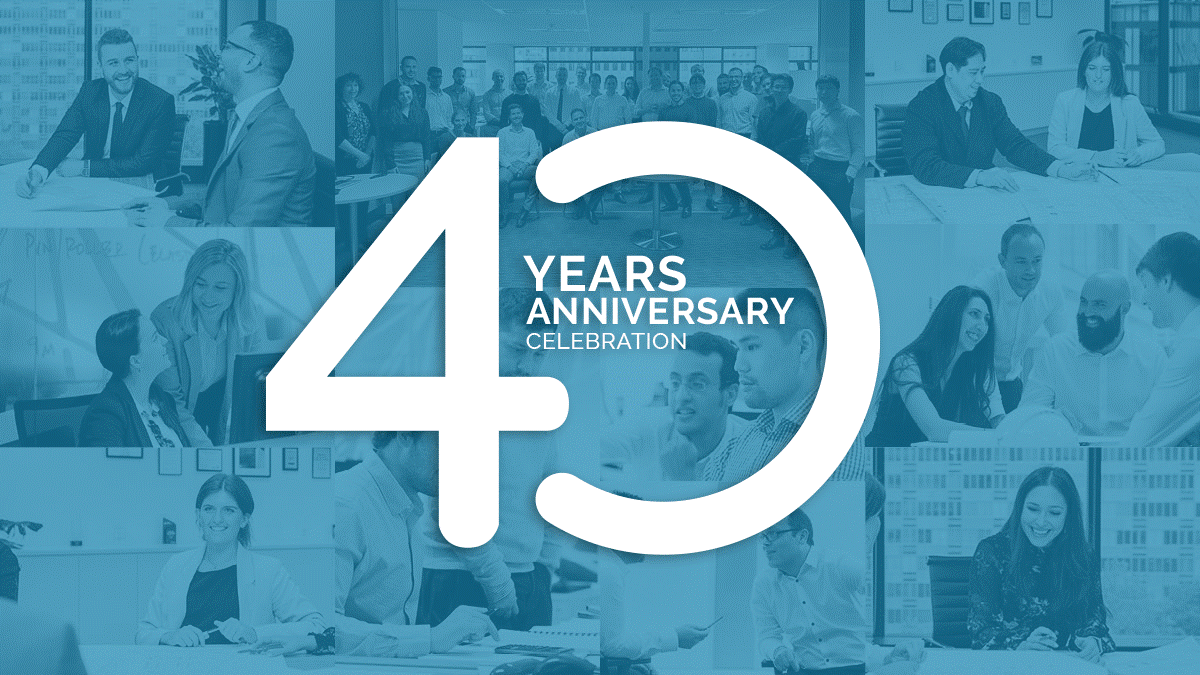 Sydney Key People; laying the foundations for success in the central region.

Perhaps the biggest testament to Robert Bird Group’s commitment to its people is the long-standing loyalty of its employees. Since the opening of the Sydney office in 1996, RBG has welcomed a core team of key people who have evolved throughout various pivotal roles, collectively contributing decades of the knowledge and expertise that defines RBG today.

In the 26 years the Sydney office has been in action, RBG has amassed over 75 valued employees that have helped pave structural, civil and construction engineering history in Sydney and throughout Australia. We sincerely thank Sydney’s key people Chris Potter, George Andrianakos, Cameron Hateley, Bonar Bucalina, Mitchell Starkey, Jody Cradock, Chris Waite and Robert Bird Jnr. for laying the foundations for the central region’s many accomplishments.

Special mention to Keti Petrovski, Mark Mobilia, Camilo Pereira, Charlene Huang and Colin Rope who have also been instrumental to the success of RBG and the Sydney team through their hard work and long-standing dedication to the business in the pursuit of relentless engineering excellence. 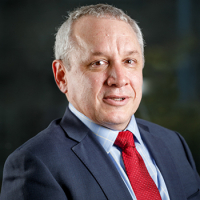 Chris Potter, Chief Operating Officer
Chris joined RBG in 1988 as a graduate engineer and currently holds the position of Chief Operating Officer. Chris moved to Sydney in 1997 and played an instrumental role in establishing and building the NSW business. Chris’ particular expertise is in the fields of adaptive reuse and heritage refurbishments, forensic engineering, and wharf projects. During his time in Sydney, Chris has led and successfully delivered numerous iconic projects including Woolloomooloo Finger Wharf, Walsh Bay Pier 6/7, and the refurbishment of the old George Patterson House into the Establishment Hotel. 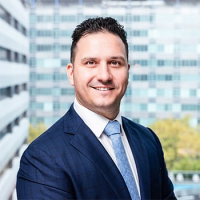 George Andrianakos, General Manager
George has been with RBG since 2005 in our Sydney, Canberra, and London offices where he has led complex projects throughout all design and construction stages. These include projects in a wide variety of sectors including high-rise residential, commercial, defence, health, public infrastructure, retail, and industrial projects. With a focus on detail for delivery, George works alongside clients and partners to ensure engineering solutions provide best for project outcomes throughout all stages. This approach stems from his experience being based on project teams and on-site large construction projects early in his career. 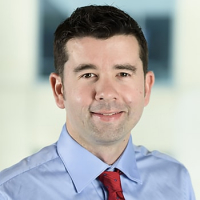 Cameron Hateley, Operations Manager,
Cameron joined RBG in 2006 and brings to the team a wealth of experience in structural and construction engineering, including structural analysis, design, demolition engineering, forensic investigation and remedial works for civil infrastructure projects, mining projects, high rise, and heritage buildings. His primary focus is assisting contractors in developing and implementing innovative construction methodologies to allow for safe and efficient delivery of complex projects, the design of complex temporary works systems and the assessment, temporary support, and remediation of existing structures. 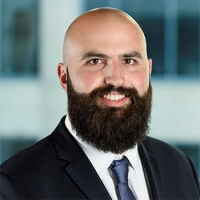 Bonar Bucalina, Infrastructure Lead
Bonar has been with RBG since 2009 and has over 10 years of consulting experience. He has worked on a wide variety of projects throughout his career including infrastructure, commercial, residential, retail, mixed use, retrofit, heritage refurbishment, marine and deep basements. Over the last 6 years Bonar has focused on the design and delivery of large-scale infrastructure projects both in Australia and the UK. His expertise is working closely with contractors to develop buildable solutions and construction methodologies that result in significant construction cost and time savings. 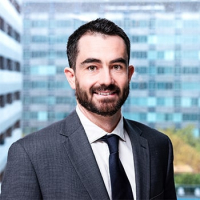 Mitchell Starkey, Buildings Lead
Mitchell joined RBG in 2011 and has spent most of his time in our Sydney Office where he has led various projects throughout all design and construction stages. Mitchell’s significant project experience includes Duo at Central Park, South West Residential at Darling Harbour, One Barangaroo (Crown Tower) and One Sydney Harbour at Barangaroo. Mitchell is currently leading the Buildings team, leading the design of some of Sydney’s most noteworthy projects. 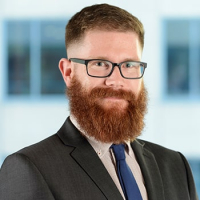 Jody Cradock, Construction Engineering Manager
Since joining RBG in 2011 Jody has worked out of our Australian and UK offices on several large rail infrastructure projects and residential tall buildings. His key areas of focus are constructability, construction sequencing and temporary works. Jody understands the complexity of major projects including their drivers both during the design process and at construction phase. This has allowed him to develop solutions that can be implemented early in the concept phase and further developed throughout the design process resulting in cost and program benefits for clients during construction. 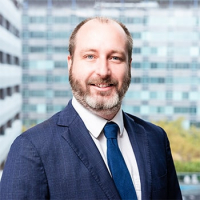 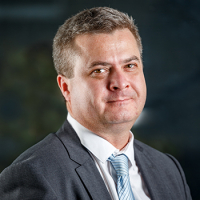 Robert Bird Jnr., Director, Business Development
Robert Bird Jnr. began his career in construction before joining RBG in 2001. Since then, he has established Branch offices for the Group, and driven business development for RBG in the infrastructure and mining sectors across Queensland, New South Wales and Victoria. Based in our Sydney Office, Robert continues to drive growth in new business and client relationships for RBG across both the building and infrastructure sectors. 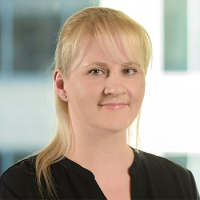 Keti Petrovski, Technician Manager
Keti has over 20 years in the industry having joined RBG in 1998. During this time, Keti has delivered a wide range of projects including residential refurbishments, high-rise multi-million-dollar developments and commercial projects. Keti has served as the lead draftsperson on several projects, including BIM projects, and assisted with the training and management of teams as well as the development of office standards and procedures. 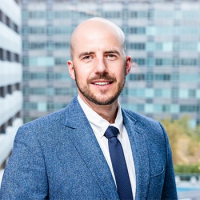 Mark Mobilia, Principal
Mark first joined RBG in 2005 and brings to the team over 16 years’ industry experience in key roles for large scale structural engineering projects. Mark has worked across a range of major projects including health, government, heritage refurbishments, industrial, commercial, and residential sectors. An enthusiastic and results orientated Structural Engineer, Mark has planned, developed, designed and implemented efficient cost-effective design solutions based on contractor and architectural requirements from concept through to construction. 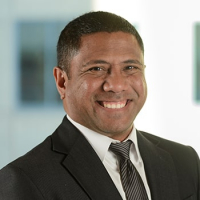 Camilo Pereira, Document Controller
Camilo joined RBG in 2001 and has been instrumental in helping RBG deliver many diverse projects in Australia and abroad. While Camilo is based in the Sydney office, he has been involved in the business in various capacities. He has had extensive experience utilising numerous proprietary electronic collaboration systems to enable RBG to deliver projects to a successful outcome. 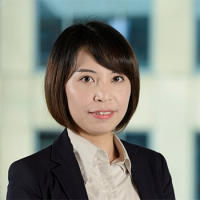 Charlene Huang, Associate
Charlene has been with RBG since 2012 and has over 10 years’ experience in the design of grading, stormwater drainage, 1D/2D flood modelling, water urban sensitive design, 3D bulk earthworks, BIM/CIM coordination and 4D/5D construction sequencing. Since moving to Sydney, she has been involved in the consulting engineering field on a wide range of civil engineering projects, including design and detailing with relevant software applications. 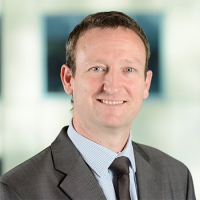 Colin Rope, Senior Associate
Since Colin joined RBG in 2013 he has had extensive involvement in the design of civil works for public infrastructure projects, including education, hospitals, and transport interchanges for NSW government clients. Colin is committed to delivering ‘best value’ on all his projects, considering constructability and safety as an integrated part of the design process. He is also known for collaborative working style, ability to motivate others, identifying solutions to complex problems, effective communication, and establishing strong client relationships. 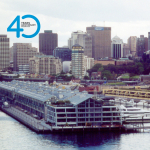 40 Years of RBG: Expanding our Presence in Sydney in 199640 Year Anniversary News Post