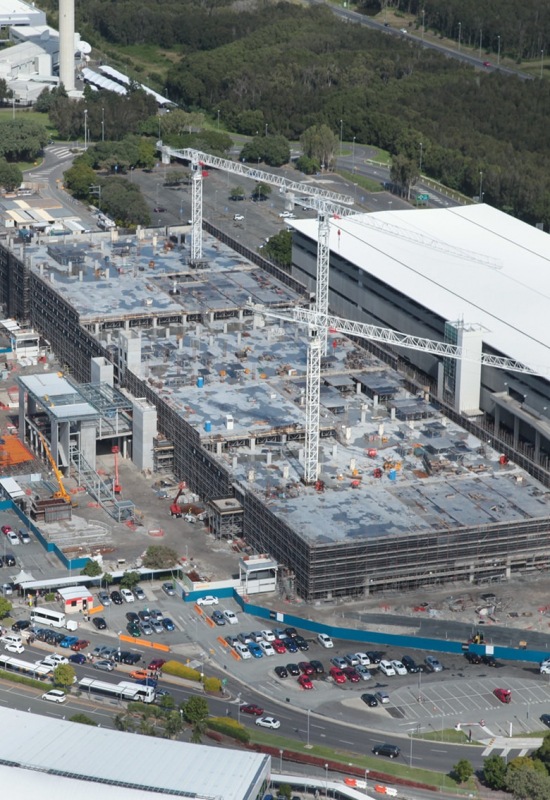 The new Brisbane Airport Domestic Terminal Carpark was won in a competitive design and construct alternate bid against a fully documented scheme.

The structure was re-engineered offering significant savings and helping Laing O’Rourke secure the project. The carpark is nine suspended levels for a total of 5,400 cars. The successful structure was a banded post-tensioned slab as a fully-framed structure with no lateral loads carried by the service cores.