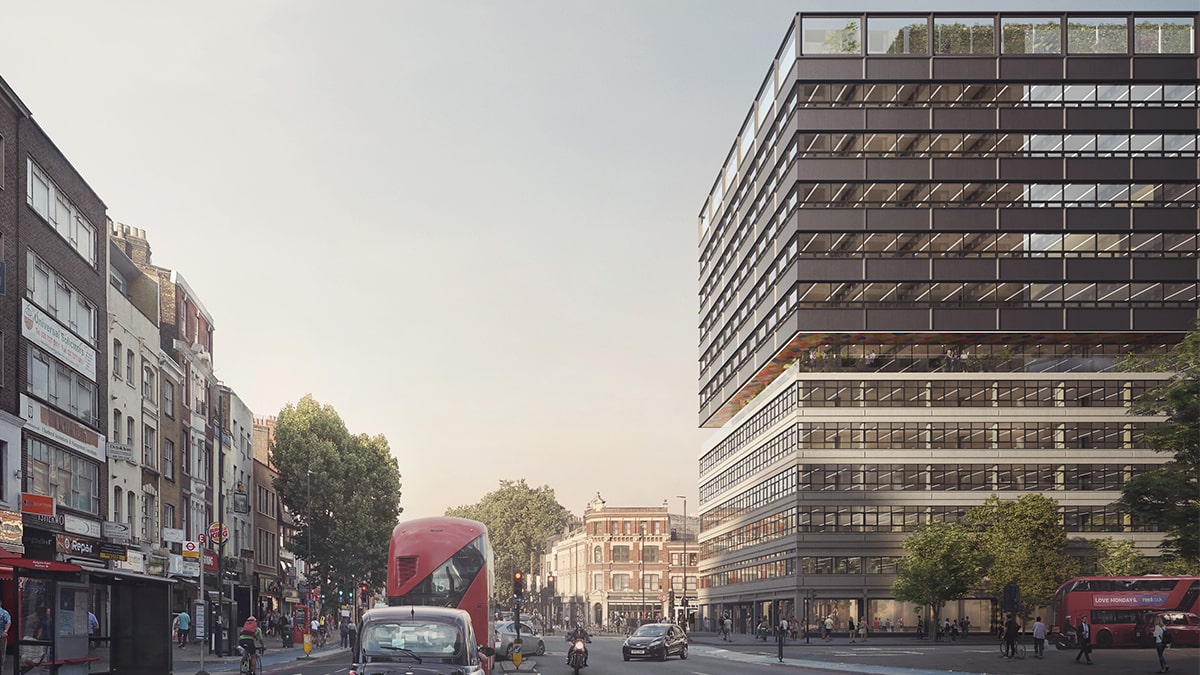 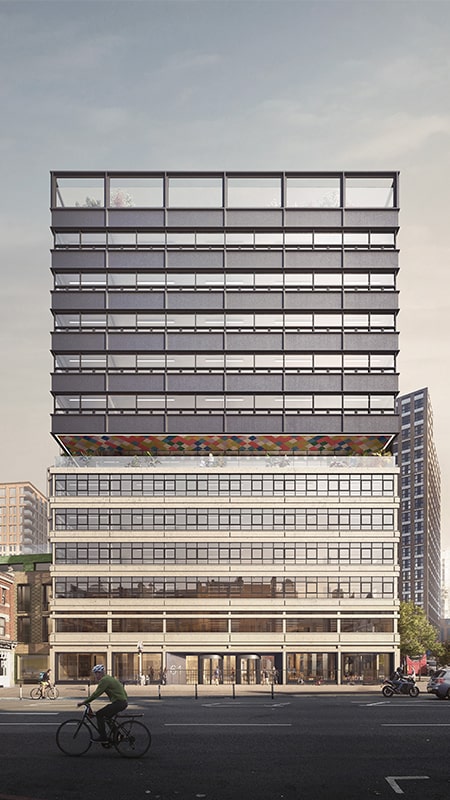 The former home of The Cass Faculty of Art, Architecture and Design, Central House is located at 61 Whitechapel High Street and abuts the boundary of the Whitechapel High Street Conservation area. Constructed in the 1960’s, the building is a six-storey high, concrete frame with a single storey basement and precast concrete façade. The proposals will see a change of use for the building to provide B1(a) office accommodation, flexible retail at ground floor and leisure uses.

The scheme will reuse the existing structure and double the available floor area by adding a six storey, steel framed extension above the existing building and a new five storey concrete framed building over an extension to the basement area. To rationalise the circulation a new concrete core will be provided.

The roof of the existing building forms the architectural divide between the existing concrete structure and the new steel extension above it. The new structure, provides a 10×10 grid, supported on the strengthened columns below and has a 5m setback along the perimeter, which is formed by introducing a cantilever perimeter, hung from a transfer deck at the new level 12 roof.