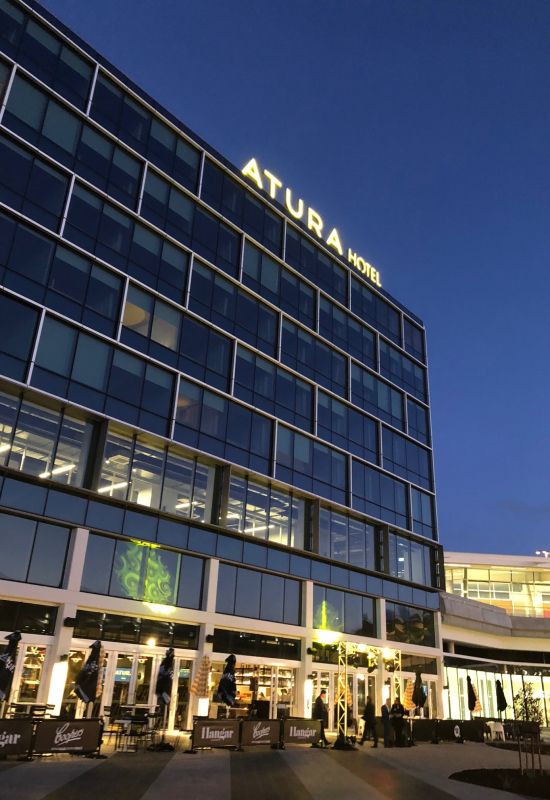 The $50 million, 7 storey development is constructed to the North of the existing terminal building. The hotel comprises of 165 rooms, a business centre with flexible meeting and function rooms, as well as a restaurant and bar which integrates seamlessly with the broader airport terminal. A walkway links the hotel directly with the airport’s Level 2 domestic and international check-in area.

The Atura branded Hotel forms a major part of the Adelaide Airport’s proposed 30 year and $2 billion masterplan. Robert Bird Group were the lead structural and civil design engineers for the project.