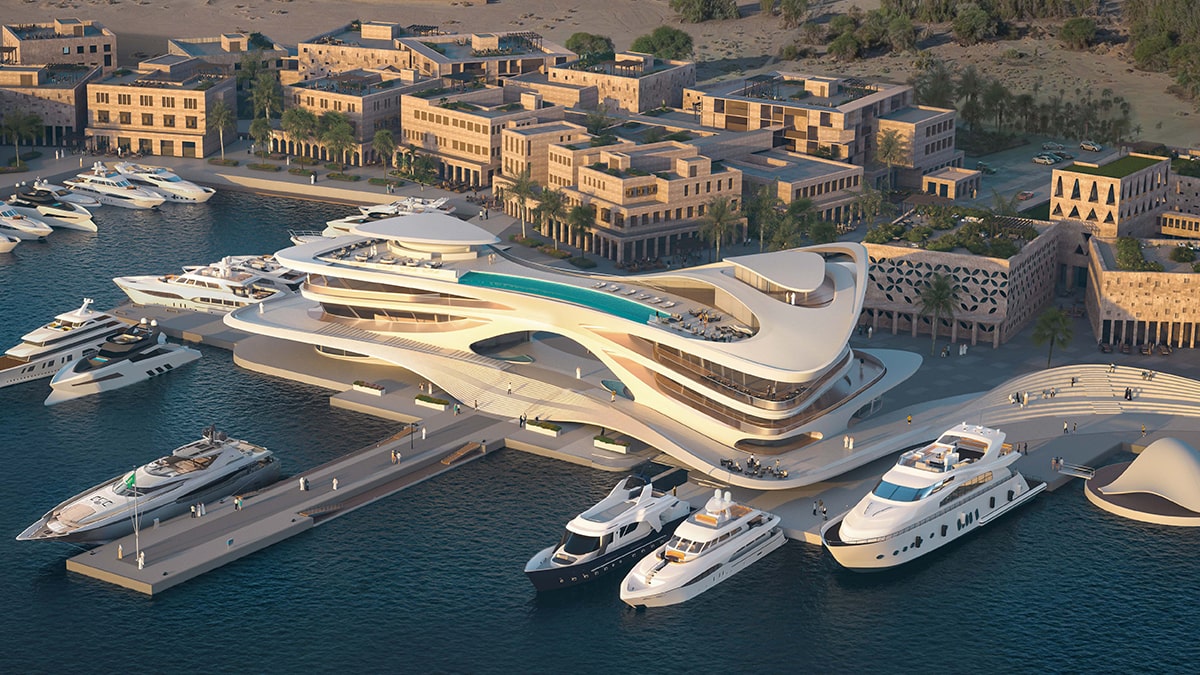 AMAALA Yacht Club is the centerpiece development and an iconic structure within the Triple Bay Marina of the AMAALA Development in Saudi Arabia. The building takes on a bespoke free-flowing form which provides many structural challenges, including the following:

Robert Bird Group worked alongside renowned Architects, HKS in the concept design Phase of the development to provide specialist structural design leadership in the early phase of the project. Cross-consultant coordination was carried out digitally and RBG utilised interoperable engineering software to ensure the concept structural design was in-sync with the changes in building geometry across the concept phase.

RBG placed a heavy emphasis on the complex areas of the building, namely the Central Zone Arch System, the large cantilevered terraces and promenade structure and the multi-level transfers of splayed columns which included the resolution of strut and tie forces through the building. RBG also ensured the substructure and foundations were developed to the point of allowing coordination and clash detection with the marina quay wall designers.