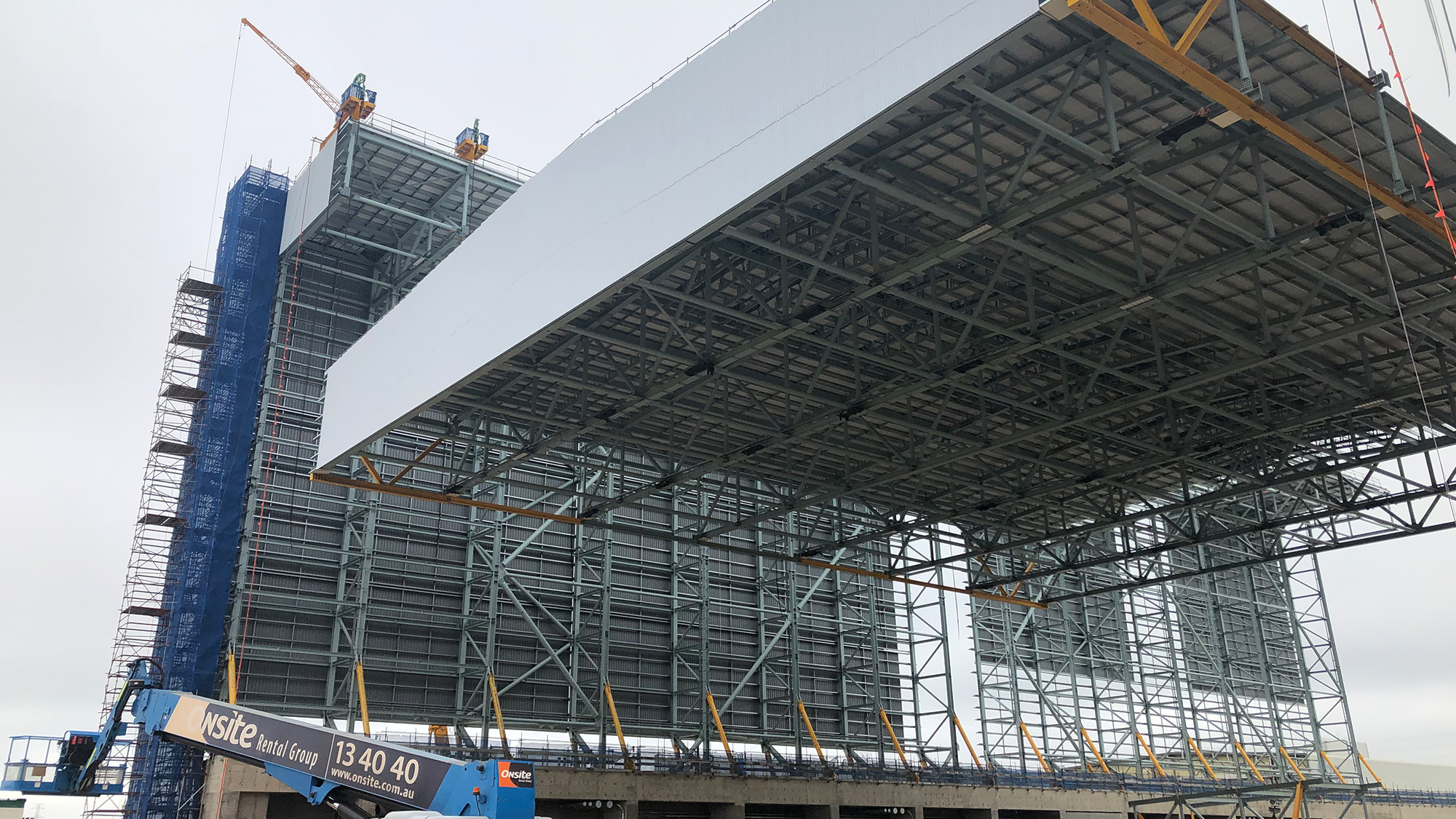 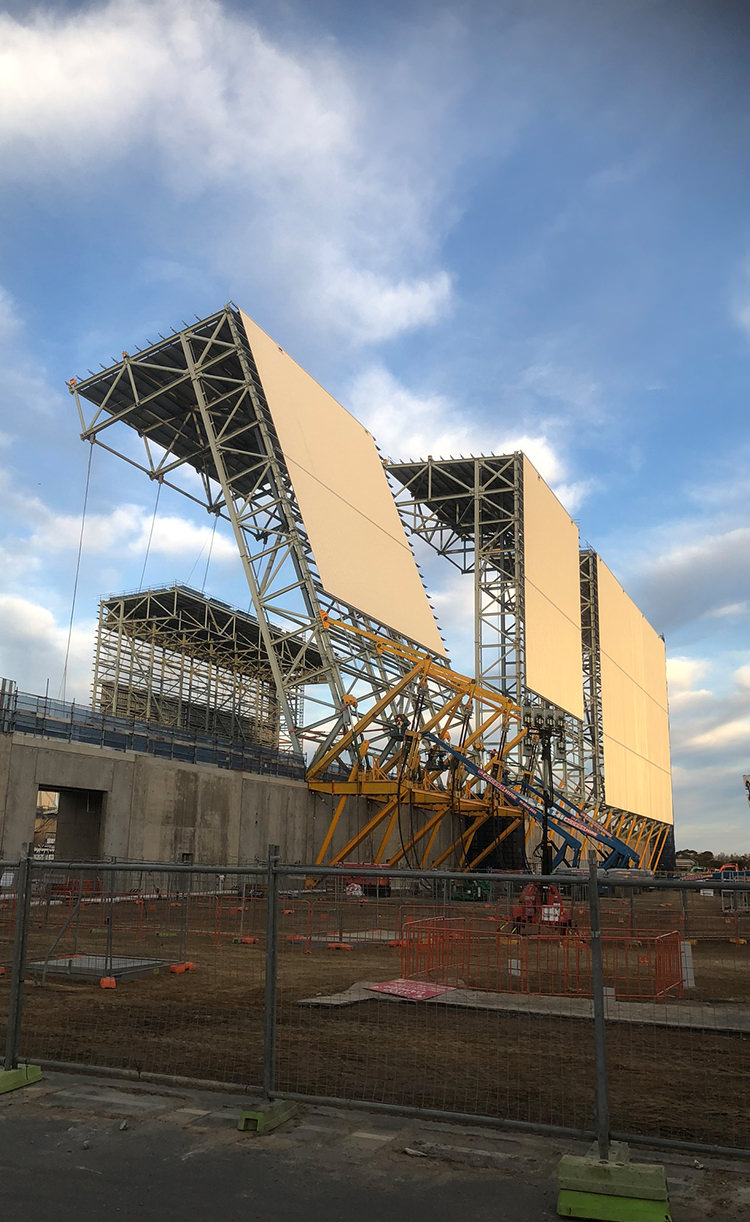 The Osborne South Development Project (OSDP), North of Adelaide, involves the construction of three large, new industrial buildings – a Steel Fabrication and Unit Assembly Hall, a Block Assembly Hall, and a Block Outfitting and Ship Erection Hall. These buildings will house BAE Australia/ASC Shipbuilding’s operations for the construction of nine Hunter-class Frigates as part of the Commonwealth’s Naval Shipbuilding Plan.

The largest building – the Block Outfitting and Ship Erection Hall (Building 22) – is 187m long and 87.4m wide and stands at 50 metres high. It features a steel portal framed structure comprising approximately 4000T of structural steel, founded on a piled 1m thick slab pavement. A structure of this size could not be built using traditional construction techniques.

Robert Bird Group, working with Lendlease as lead construction engineers on the project, were responsible for developing the construction sequence, staged analysis, temporary works design, visualisation and overseeing the construction process. To avoid work at height the 4000t of structural steel was assembled on the ground and rotated and lifted by the use of strand jacks, into position. The process involved 10 wall rotations of 265t each and 2 roof lifts of 350t and 900t.