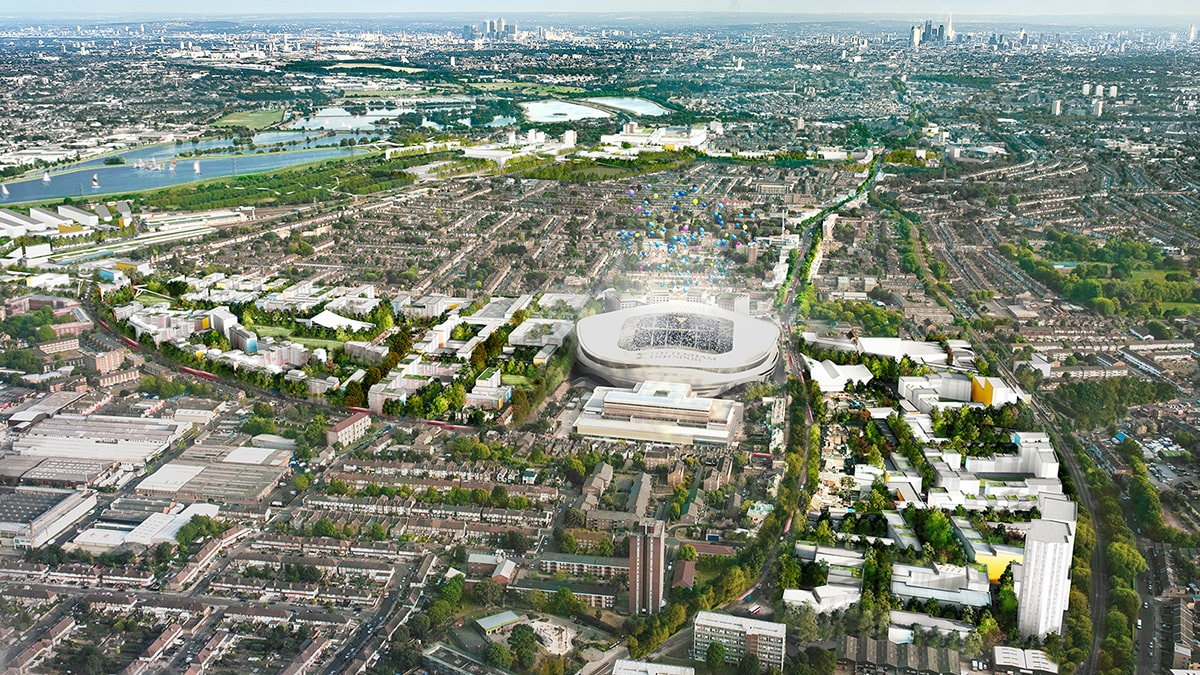 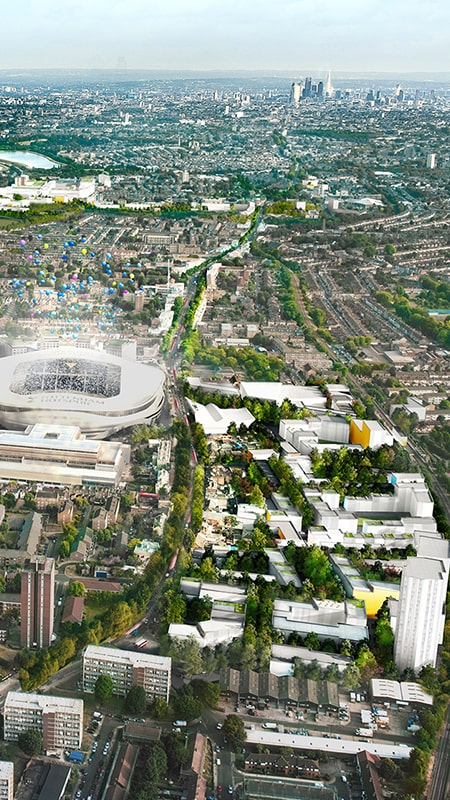 The 8.5ha development has a number of significant constraints including adjacent busy local highways and maintaining connectivity for pedestrians to White Hart Lane football stadium. A train line runs across the western boundary while the site is also bisected by a culverted brick watercourse, built in the early 19th Century. Sewer connections around the site were required to be shallow to connect into the watercourse

Robert Bird Group developed the SuDS (Sustainable Drainage Systems) strategy for the masterplan to minimise the use of surface water pumping and below ground attenuation tanks. RBG led the approvals for the drainage network with the Local Lead Flood Authority and the Environment Agency to ensure that the proposals would be able to maximise the usable area of the site. SuDS were used extensively through the site to enable increased biodiversity, pollution removal, amenity areas for the future residents and water volume storage in peak storm events.

RBG also undertook the role of lead in ground coordination for the external realm, combining large diameter district heating pipework, electrical services, below ground drainage and other associated utilities provided by partner consultants. The role of 3D modelling and spatial planning of the routes at an early stage, promoted sufficient road widths to locate services. RBG also developed a phased drainage strategy to provide opportunities for elements of the drainage network to become live through the 10 year masterplan building period.

The SuDS features proposed by RBG for the site were surface level features which enhanced the local environment. RBG moved away from more traditional methods of underground tanks, which would have required over 2000 m3 more water to be attenuated onsite and have prevented further investment into the masterplan. Through RBG’s detailed modelling and approach, an affordable and buildable solution has been developed.

Sustainability is center focus of the masterplan, improved economic opportunities for the local community, better social spaces and safe environments to live supported by a design which enhances the environment. Environmental betterments include green infrastructure providing enhanced habitats for wildlife and creating some where there was none, improved water quality through treatment of the water through the masterplan and reduction of offsite surface water discharge rates to reduce flood risk.