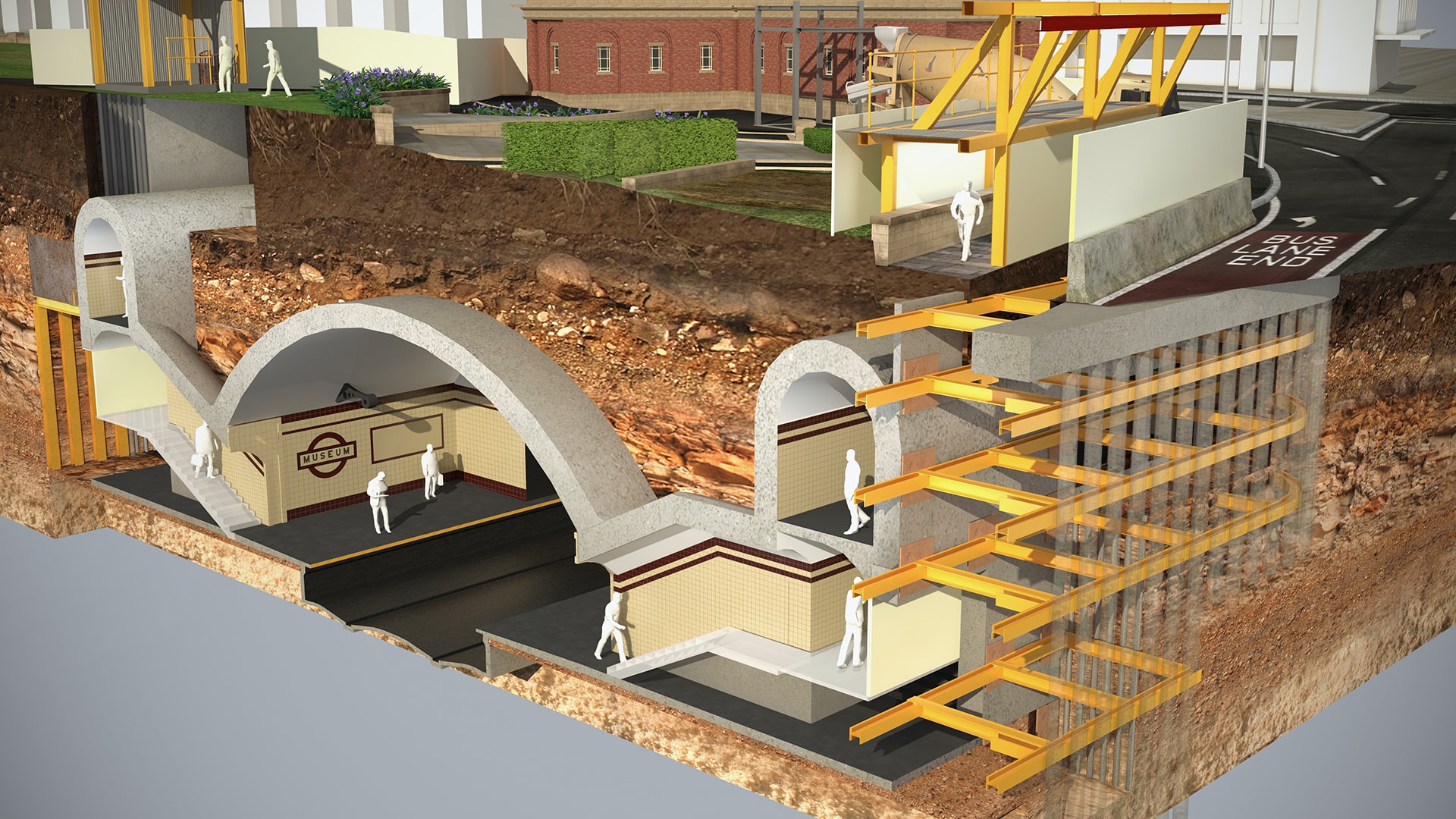 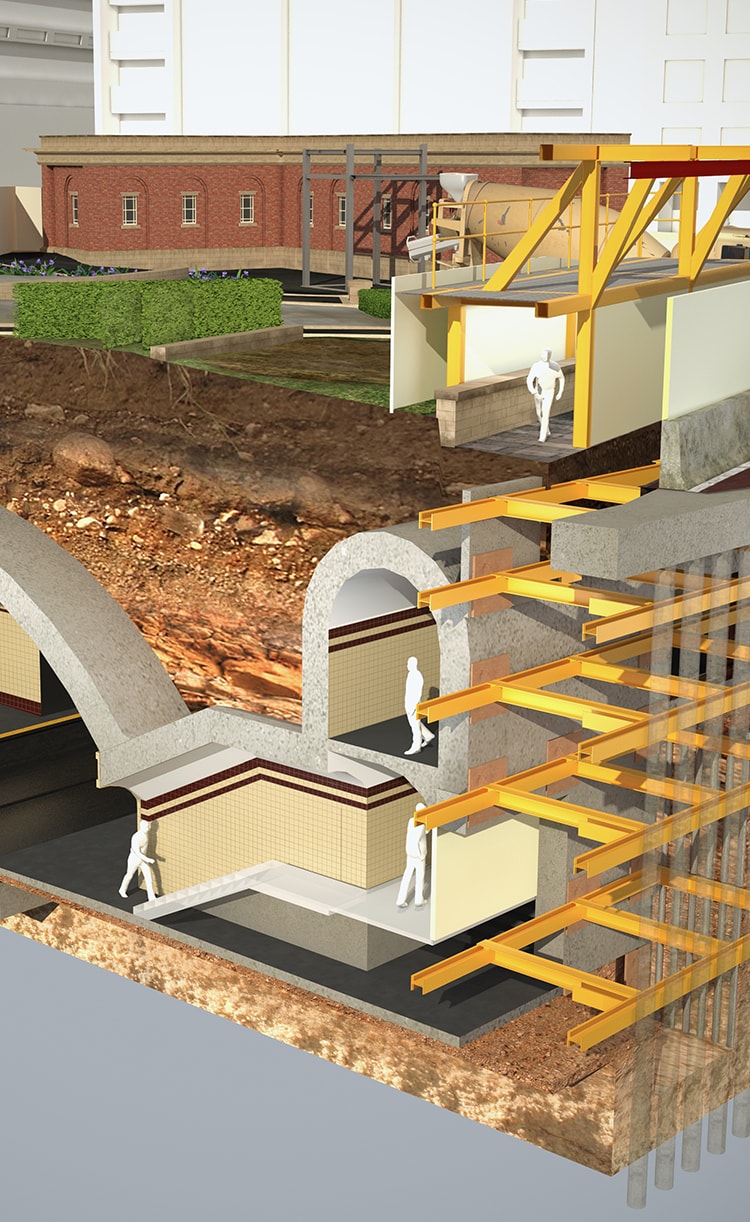 As part of the state government’s Easy Access Upgrade projects, it is necessary to install a series of lifts to provide access from ground level to the platforms. The heritage listed station is located below Hyde Park and adjacent to the Anzac memorial, and hence the impact of construction on the public and the heritage significance of the area had to be carefully considered.

Robert Bird Group conducted a review of the reference design and identified significant risks to the existing station. Subsequently RBG was engaged to redesign the concept for the platform lifts, delivering a scheme that provided improved access and circulation.

RBG were subsequently engaged by Arenco-Daracon JV to deliver the Concept through Detailed Design and Construction Phases for the works, including temporary works design and staged analysis of the works as they impacted the station structures.