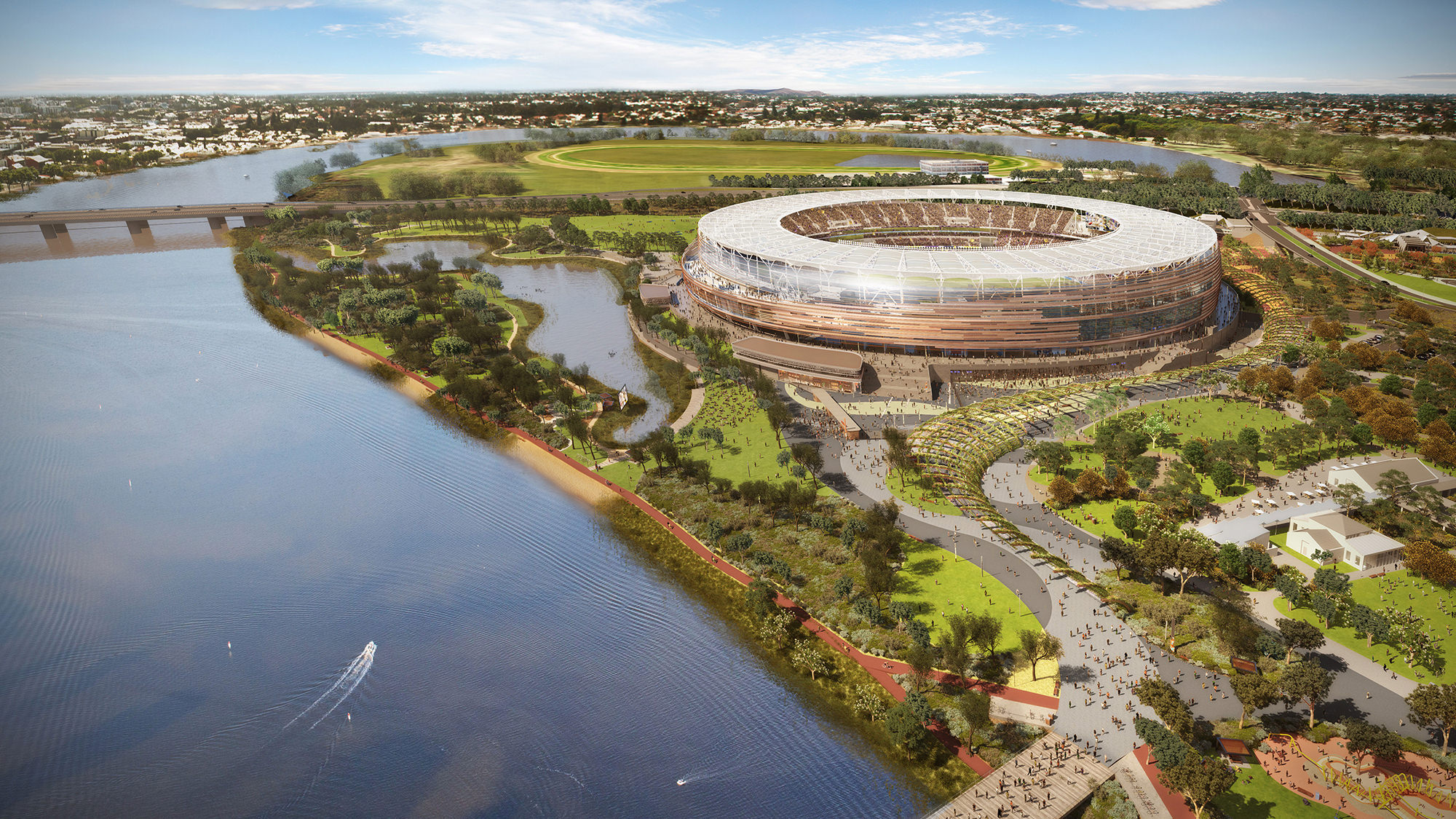 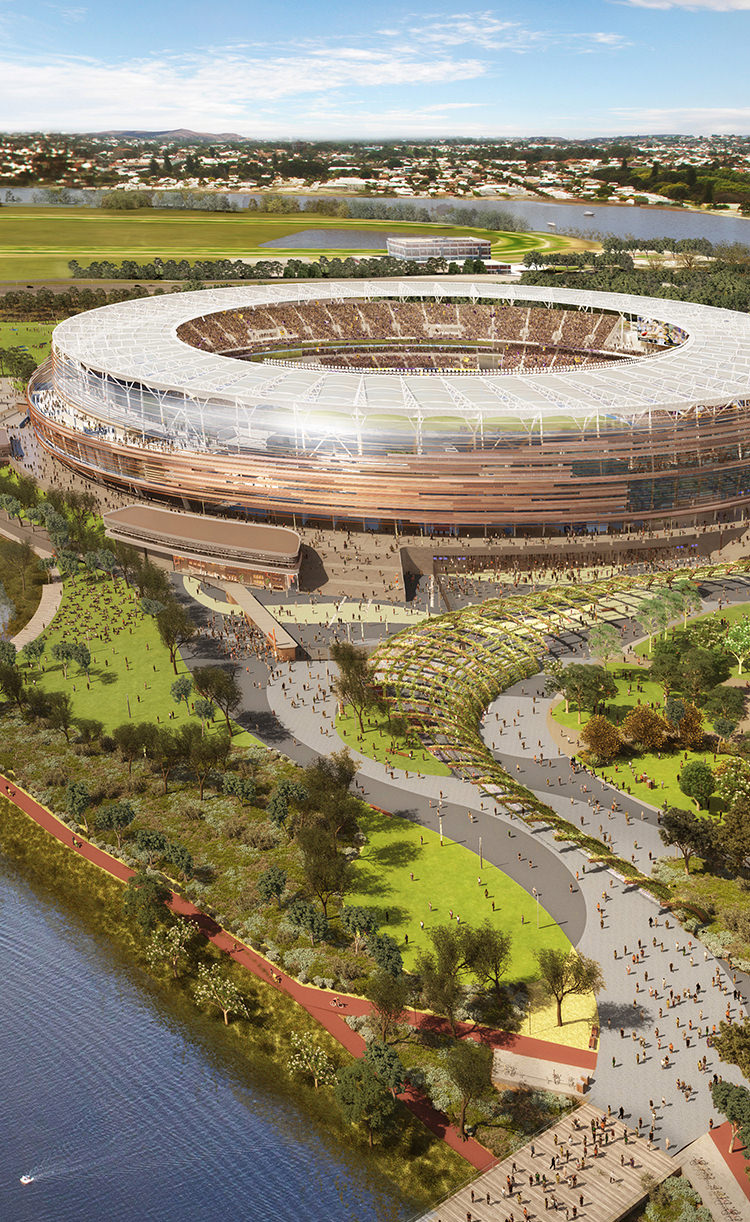 New Perth Stadium, is a multi-purpose stadium in Burswood, Western Australia. The stadium is primarily used for Australian rules football and cricket. It was completed in late 2017 and officially opened on 21 January 2018. The stadium has a capacity of over 60,000 people (making it the third-largest stadium in Australia) and has a roof coverage over 85 per cent of its seats.