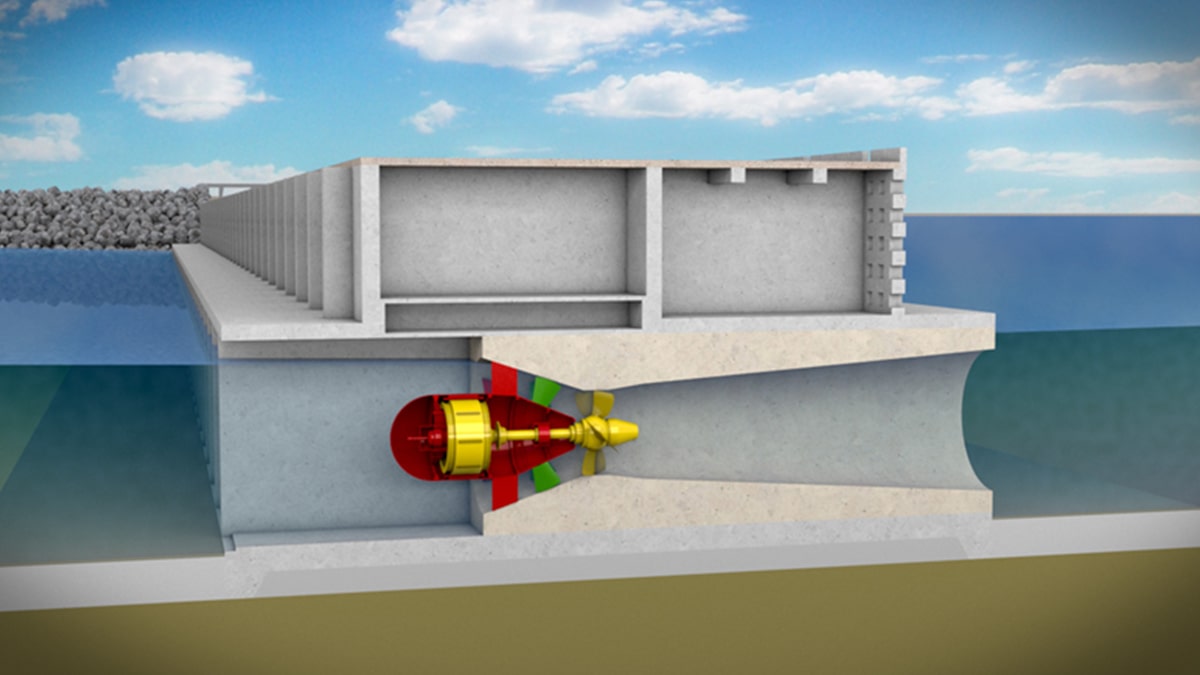 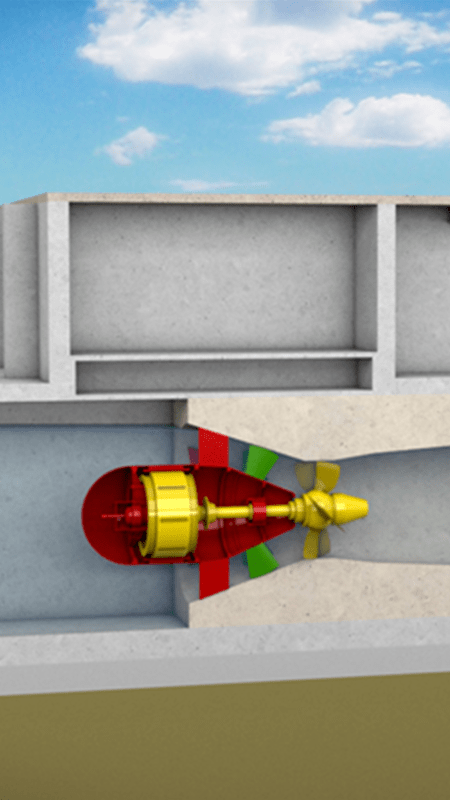 The RBG scope was working for Tidal Lagoon Swansea Bay to help them convince Charles Hendry MP that there is a place for tidal lagoon energy amongst the providers to the National Grid, whilst also developing a scheme that encouraged greater confidence among private investors. The Swansea Lagoon is intended as a pathfinder project for a series of larger lagoons, the next being Cardiff which would be 10 times the size of Swansea.

Once we fully understood what was driving our client we proposed a component-based (DfMA / pre-cast concrete) construction concept in which programme surety would be inherently strong. With this approach risk to supply can be spread between multiple suppliers with elements pulled to site as required; sensitivity to bad weather is much reduced with less lifting of traditional formwork; and quality can be controlled much more tightly away from the construction face. The engineering exercise was to invent and demonstrate the viability of a pre-cast concrete scheme for the housings for the turbines and sluice gates – all of which would otherwise be built using in-situ concrete within a cofferdam on the drained sea floor. The success of our scheme hinged on us breaking a very complex final form of concrete down in to a kit of very simple parts – this was so that each of these parts could be procured from any pre-casting factory which operated standard flat-bed pre-casting equipment. We devised scheme designs for all elements and typical details for fitting them all together.

The other aspect of our scheme that improved programme and cost confidence was the clear decoupling of the mechanical/electrical installation programme from that of the reinforced concrete construction. This was done by creating separate material delivery routes and work faces within the site, and also by devising a scheme which allowed for staged wet-commissioning of the turbines. i.e. rather than having to wait for all 16 turbine halls (or 120 in the case of Cardiff) to be complete before flooding them all at once, they could be commissioned in banks of 4. This is a huge benefit when the scale of the projects is considered – with turbines placed at 15m centre-to-centre the complete bank at Cardiff would stretch approximately 2km, excluding the sluice gates.

A secondary benefit of our scheme, which was particularly attractive to Charles Hendry MP, was that a large percentage of the work creating the pre-cast concrete elements could be spread all over the country, boosting economies in need of investment but which are remote from the infrastructure project in question.